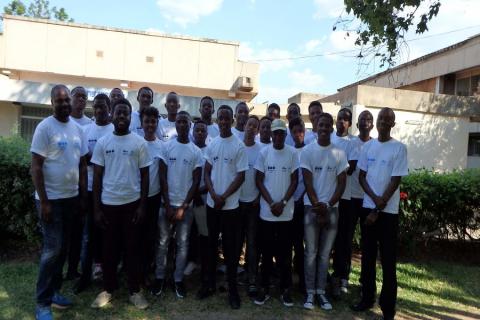 The Department of Computer Science team dubbed "ALPHA-ZERO" has scooped the first position at the 21st ACM International Collegiate Programming Contest (ICPC) which took place on 26th October 2019. The "ALPHA-ZERO" team which comprised of Michelo Chandula, Peter Kaboto and Davies Ikowa managed to correctly solve one out of the 10 programming questions.

The first and second Regional positions were won by teams from South Africa and Ethiopia, respectively.